Ohio Addiction Resources Near Me 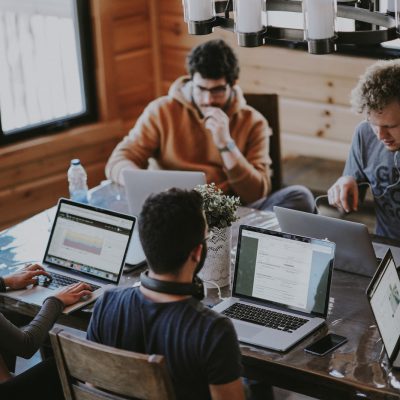 When you ask someone who is not from Ohio about the state they probably picture sprawling cornfields, endless farmland, some trees, and Ohio State University Football. While we do have our share of farms and an amazing college football team, OH is far more than that. With a population of nearly 12 million, Ohio is the second most populated state in the Midwest. It also has two of the largest cities in the midwest, Cleveland and Columbus, both of which have become some of the fastest-growing cities in the area. Built on farming and blue-collar work, the Buckeye State has grown to become a mecca for technology companies, including Amazon, and some of the nation’s top-rated hospitals, such as Nationwide Children’s and Ohio Health.

While the state has seen a tremendous amount of growth, it has also faced several issues. As factories closed down in the 1980s, some cities became near ghost towns and crime began to become more prevalent. Drug use in areas affected by job loss, like Akron, began to rise significantly. Where drugs are common so is crime, they tend to go hand in hand. This is due to the fact that supporting drug addiction costs a lot of money. Even someone who holds a full-time job can easily find themselves spending an entire paycheck in just a few days. Many people with substance abuse issues in Ohio will turn to crimes such as larceny in order to support their habit. The primary substances of choice for Ohio residents in the 1980s was powder cocaine, crack cocaine, marijuana, and alcohol. While these are still around and quite commonly used, they do not pose a threat as serious as another drug class; opiates.

Find Rehab, Detox, Meetings, and Other Resources Near You

Below, we’ve compiled addiction resources for the biggest cities and towns in Ohio. Whether you are looking for a detox center, inpatient treatment, outpatient treatment, sober living, recovery meetings, nonprofit organizations, or other addiction resources, we hope you can find support in your home town. If you need more help, never hesitate to give us a call at (800) 481-8457. Our staff are very knowledgeable about various resources throughout the state and can provide referrals regardless of your insurance coverage or financial situation.

Over the past ten years, opiates have become the number one drug threat to the United States. According to some of the most recent statistics from the Center for Disease Control (CDC), there were 70,237 drug overdose deaths that occurred in the United States back in 2017. This equals out to about 192 fatal overdoses EVERY DAY. This year was the worst on record, surpassing the previous worst year in history, 2016. The number of overdose deaths increased significantly by almost 10% from 2016 to 2017, jumping from  (19.8 deaths per 100,000 up to 21.7 per 100,000. Opioids, such as heroin, prescription pills, and fentanyl are currently the main driver of drug overdose deaths in the country. Opiates were involved in over ⅔ of overdoses in the country, totaling just over 46,550, which is 67.8% of all drug overdose deaths.

In 2007, accidental drug overdose became the leading cause of injury death in Ohio, surpassing motor vehicle-related deaths for the first time ever. Ohio has been hit harder than most other states in the nation. As a matter of fact, the Buckeye State had the second-highest rate of overdose deaths in the county, only behind neighboring West Virginia.  In 2017, the states with the highest rates of death due to drug overdose were West Virginia (57.8 per 100,000), Ohio (46.3 per 100,000), Pennsylvania (44.3 per 100,000). Ohio had 4,854 fatal overdose deaths in 2017, just 17 years prior there were only 411 fatal overdoses. Due to fatal overdoses, the overall death rate of Ohio rose by 1.081 percent from 2000 to 2017, and the rise in fatalities was largely driven by opioid-related overdoses. According to CNBC, the opioid crisis is costing the state around $4,000,000,000 each year.

Thankfully, things are finally starting to look better for Ohio residents, in 2018, Ohio’s fatal drug overdoses declined by a little more than 22 percent, which is the first decrease since 2009. Many residents are hopeful that this is a sign that the state may turn the corner on the drug epidemic of ten years. This hopeful trend was mirrored throughout every county in the state, minus Franklin, which reported 476 drug deaths in 2018, up 10 percent up from 2017. Cuyahoga County, which led the state in 2017 with 598 deaths, reported a 26% decline in 2018.

What is Ohio Doing to Fight Opiate Addiction?

County coroners recorded 3,764 accidental drug deaths in 2018, which is 1,090 less than the record high of 4,854 in the previous year, according to the Ohio Department of Health. The state has been battling hard to win the ongoing battle with opiates. Ohio Governor Mike DeWine has been working closely with law enforcement to track the drug distribution chain in the state. Government officials have also been waging a legal battle against the drug makers and distributors to help slow down the number of prescription painkillers available within Ohio.

The Ohio Opioid Education Alliance has been working diligently to educate the public and the youth about the dangers of opiates and the warning signs of substance abuse. They have also made it easier to dispose of old prescriptions using dropoff locations that are located throughout Ohio. The state has also launched Project DAWN which has helped make naloxone, a life-saving drug, more accessible to the public. Project DAWN hosts free courses in Ohio that allow participants to receive a take-home naloxone kit and receive training on various substance abuse-related topics. These courses help attendees learn how to recognize the signs and symptoms of overdose, how to perform rescue breathing, how to administer intranasal naloxone, and more.

If you or someone you care about are struggling with substance abuse disorder and are ready to receive help, please contact our toll-free line at any time. A representative at Ohio Addiction Recovery Center is standing by ready to help you through this difficult time however we can. If you are not a good fit for our rehab center we will help you locate a treatment program that matches your specifics needs. Calls and over the phone consultations are free of charge and your conversation with us is 100% confidential.

Anyone who is struggling with substance abuse issues in Ohio should seek out professional help from a treatment center and detox program. Without professional help it is very difficult for the struggling individual to break free from the powerful grip of the drugs and/or alcohol. There is a large variety of rehab options throughout Ohio and finding the right one for you or your loved one can be a bit challenging. How can you tell what the best rehab is? More importantly, how do you find a rehab in Ohio that is a good match for your specific needs?

It’s important to know the difference between the varying levels of care and stages of treatment that are offered by rehabs in Ohio. The first step toward a new life typically begins in a detox program. Drug detox centers help those who are physically addicted to a substance safely and comfortably overcome the withdrawals. Without proper medication and supervision this is very painful and rarely successful, so it is imperative that one enters a detox program. Simple detoxification is often not enough to keep most people away from turning back to their substance of choice. Many people in Ohio will enter rehab once detox is complete. Detoxes very rarely teach patients how to prevent a relapse, manage cravings, or address any underlying mental health issue. It is imperative these things are addressed and will greatly increase one’s chance of achieving long-term recovery. Without proper tools on how to treat addiction, one may relapse and return to the same place they were before entering detox.

Upon completing detox one will often have to choose between continuing their care at an inpatient or an outpatient facility. Whenever possible, they should choose an inpatient rehab center in Ohio. These programs typically offer a higher level of care for clients and will also separate them from the outside world, which will help them focus and work on their issues. By living in the rehab center they will be away from negative outside influences that could hinder the recovery process. Most people will stay in an inpatient rehab center for 28-60 days, but this time will vary from person to person.

Upon completing an inpatient rehab program in Ohio, clients are typically given the option to continue their care at an outpatient center. Intensive outpatient centers, or IOPs, meet a couple of times a week, generally for just a few hours each time. These programs help people stay on the right track and allow them to continue to work on themselves and to better learn the tools they were taught in rehab. Some IOPs offer individual therapy sessions with alternatives such as art, music, and equine therapy. IOP programs in Ohio is also a popular option for those who were unable to enter an inpatient program.

If you would like to see if you are a good fit for our facility, please contact our phone line today. One of our addiction specialists is standing by to answer whatever questions you might have. Whether you are looking to enter a rehab center in Ohio immediately or if you just have some basic questions regarding substance abuse, we are here to help.

Upon completing a rehab center it is important that one continues to stay on the right track and work on their recovery. In early sobriety, it is easy to fall back into old habits, so many recovering individuals will attend meetings or some other type of support group. Even though a lot of work has been done while at an inpatient center or IOP program, there is still a lot of work that must be done to stay on the road to recovery. This is why so many people will add meetings into their weekly schedule. By keeping their recovery as a priority in their life, their chances of relapsing will drop substantially.

Not only do meetings help one grow as an individual they will also meet other sober people is who they can have fun and socialize while not under the influence of drugs and/or alcohol. By attending meetings Ohio, one will be able to build a strong sober support group that can help them if intense cravings are to arise.

Help Finding a Meeting in Ohio

There is a variety of meetings that occur on a daily basis throughout Ohio. Major cities and larger towns obviously have a larger selection of meetings that take place and are readily available to the public. There are four major recovery groups that host daily meetings in Ohio; Alcoholics Anonymous (and the branches off of it), SMART Recovery. Celebrate Recovery and Refuge Recovery. All of the groups’ host free meetings that are open to any individual who is looking to stay clean/sober. Refuge Recovery focuses on Buddhist principles and teachings, putting a heavy focus on meditation and mindfulness. Celebrate Recovery is a religious program built around Jesus’ teachings and the principles of the Bible. SMART Recovery takes more of a science-based approach to recovery and has little to no spiritual or religious parts of its program.

If you are looking for meetings in your area it’s quite simple. All you have to do is visit the corresponding support group’s website and search within a certain mile radius of your current location. It will be broken down by the week and day and list the time that the meeting takes place. If you would like to know more or have any questions, please just give us a call and we will be happy to assist you further.

Take The Next Step

It is imperative that you take action now and call us. If you truly don’t have access to a phone request a call back below and we will call you as soon as possile.
800-481-8457
Contact Us

Take the Next Step