Why Do People Become Alcoholics? 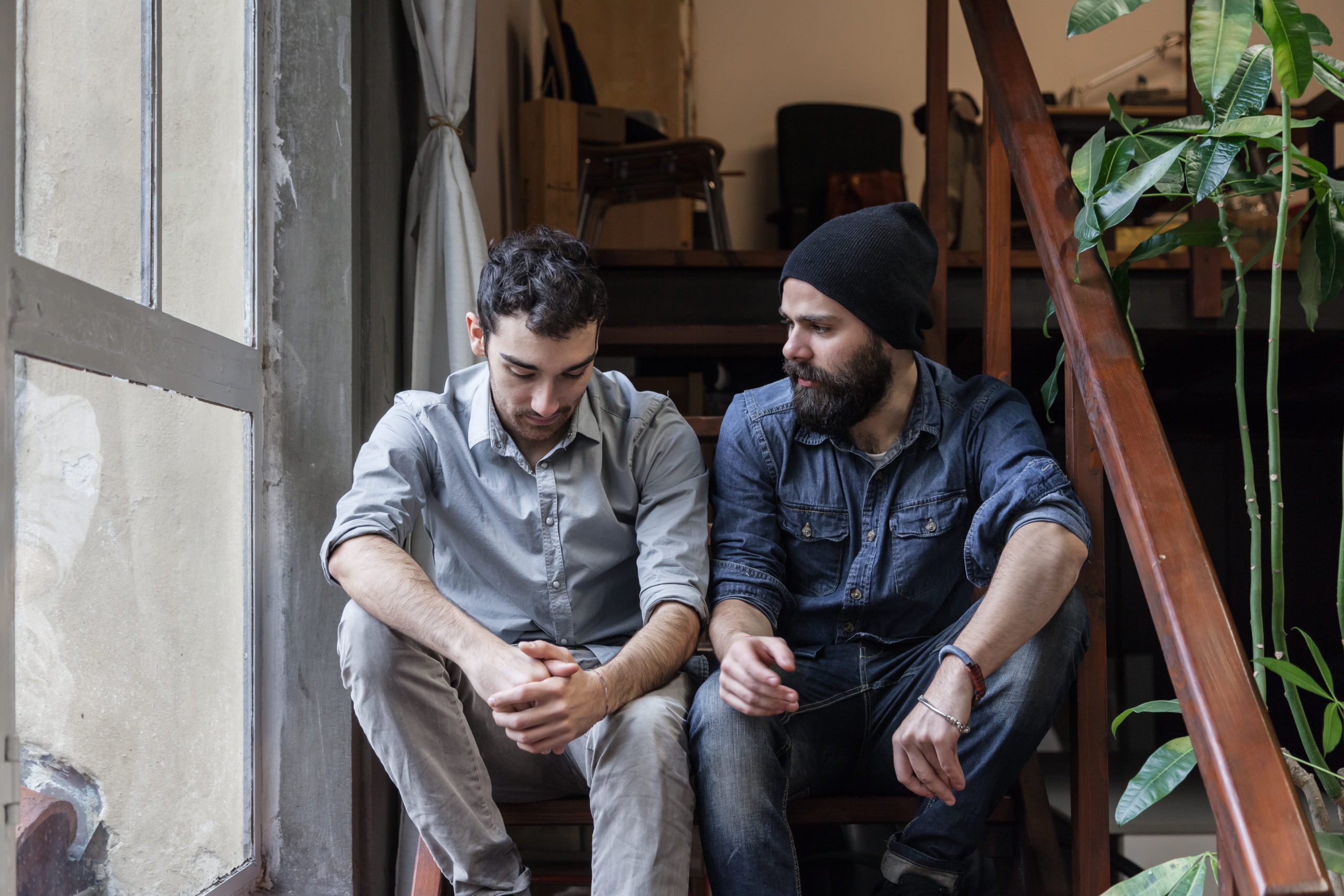 If you have a loved one who is suffering from alcoholism, you might wonder why some people become alcoholics and others can drink with impunity. After all, some people can have a glass of wine at dinner at night while others can’t stop drinking after they’ve had even one drink. What is it that makes some people more susceptible to alcoholism than others?

The truth is, there are a variety of reasons why some people become alcoholics and others don’t. Ultimately, alcoholism develops as a result of genetic, environmental, and psychological factors. However, some people don’t experience any risk factors yet still have a drinking problem. In the end, alcoholism doesn’t discriminate. It affects people from all walks of life. That being said, let’s take a look at some of the most common reasons why people get addicted to alcohol.

Drinking too much alcohol over time changes the normal functioning of the brain. This leads to physical dependency and psychological cravings – two of the primary symptoms of alcoholism. Although anyone can become an alcoholic after long-term alcohol abuse, there are several risk factors that contribute to an alcohol use disorder.

It’s extremely common for people who suffer from alcohol use disorder to have a co-occurring mental health condition. For example, someone who suffers from depression may drink as a means of self-medicating their symptoms. Similarly, people with anxiety, panic disorders, bipolar disorder, and PTSD are all at a higher risk of developing a drinking problem. In addition, people with a history of emotional, sexual, or physical trauma are also at an increased risk of an alcohol use disorder, as these individuals may abuse alcohol to cope with the trauma they have endured.

Growing up in a home or family where close relatives have alcohol use disorder increases the risk that members of the younger generation will have a problem with alcohol as well. This is influenced by both genetic and environmental factors. For example, being raised in a home with alcoholics might make a person more likely to fall into bad habits or be exposed to trauma or abuse. At the same time, many studies have suggested a genetic predisposition between parents who have a drinking problem and their children. In fact, it’s estimated that more than 50% of alcohol use disorders are accounted for by genetic factors that affect areas of the brain that are associated with reward.

Drinking at an Early Age

Although alcoholism usually develops in a person’s 20s or 30s, people who begin drinking, especially people who binge drink, at an early age may be at higher risk of developing an alcohol use disorder down the line. Teenagers who hang out with others who drink or peer pressure them to drink might be more susceptible to the dangers of alcohol abuse due to the popularity of binge drinking. If these drinking patterns become a habit, individuals may struggle to socialize with others without drinking or feel as though they need to drink in order to be accepted. All of these factors that stem from drinking at an early age can increase a person’s risk of becoming an alcoholic.

Everyone experiences stress from time to time. In fact, stress is a completely normal reaction that helps people cope with overwhelming events. However, if stress becomes chronic and someone doesn’t know how to cope with it, he or she may turn to alcohol for relief. Whether a person works a stressful job, has just finalized a divorce, or is struggling to cope with the loss of a loved one, drinking as a way of coping is never healthy and may increase the risk of a person developing an alcohol use disorder.

How Do People Become Alcoholics?

Understanding how people become alcoholic is an ever-evolving field of research, but this much is understood: the more a person drinks, the more likely they are to develop an alcohol use disorder. Alcohol use causes complex changes to brain chemistry which are believed to contribute to the development of alcoholism.

For example, alcohol causes increased release of “pleasure chemicals” in the brain, such as serotonin and dopamine. Those susceptible or predisposed to alcoholism may experience higher levels of pleasure compared to the average population. This can contribute to the hypothesis that alcohol is more addicting for some individuals than others. Moreover, binge drinking also releases “negative chemicals”, such as cortisol.

High cortisol levels are linked to stress, depression, and anxiety. This can create a snowball effect for some individuals. For example, if they drink to cope with stress or negative feelings, it may seem to work in the short term, but increased cortisol levels leave the person feeling more anxious than when they started drinking. This contributes to increased tolerance and the individual needs to drink more to produce the same effect.

Over time, increased cortisol levels leave a person feeling unable to cope with normal life events without alcohol, as they are more stressed and anxious than the average population. Ultimately this can lead to psychological or physical dependence upon alcohol. Understanding the Disease of Alcoholism

In the end, nobody intentionally gets addicted to alcohol. After all, nobody wants to deal with the physical and mental pain that addiction brings. Still, millions of people worldwide struggle with a drinking problem.

If you have a loved one suffering from alcoholism, it’s important to understand that alcohol use disorder is a chronic, yet treatable condition. Whether someone develops alcoholic drinking patterns quickly or more gradually over time, there are numerous treatment options available. During treatment, patients work with skilled mental health counselors and addiction specialists to get to the root causes and conditions of their drinking. This can help individuals begin to break old habits, learn new coping skills, and adjust to life in sobriety.

Find Help for an Alcoholic Loved One Today

Dealing with an alcoholic loved one is never easy. It leads to turmoil in the home, resentful relationships, and even emotional or physical health problems. Unfortunately, people who become alcoholics often require professional treatment in order to recover. At Ohio Addiction Recovery Center, our highly trained addiction experts work closely with each client to provide the individualized treatment they need to recover. We’ll get down to the root causes of their drinking, help them heal from the past, and implement new behaviors that are conducive to recovery.

If you’re seeking alcohol rehab services for yourself or a loved one, don’t wait any longer. Contact us today to find out which of our treatment options if right for you.

Previous: What is Crack Cocaine and Why is it so Addictive?
Next: 5 Benefits of Outpatient Rehab Programs