How Ritalin Abuse Damages Your Body 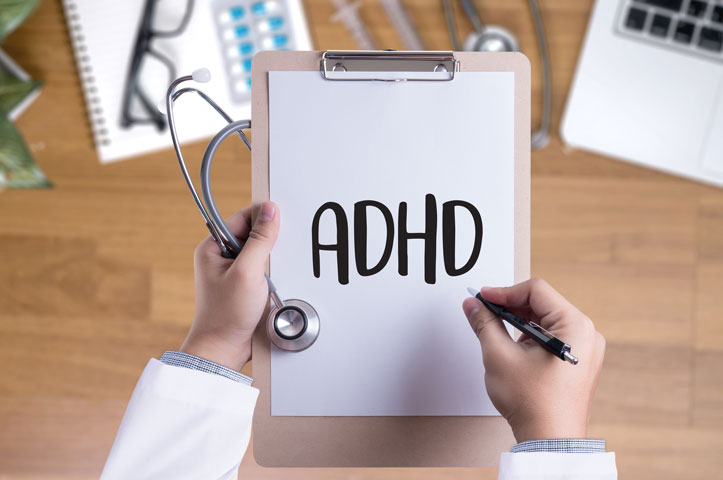 Do you ever find yourself over there but really you’re still here? The places our minds try to take us. So much curiosity and so little time. It’s human nature to wander and wonder as we feel our way thru this sometimes dark and menacing world because the mind is such a strong thing to not be wasted. The mere thought of sleep is a turn off that we feel is for the weak. It’s all about GO GO GO. Addicts like myself will attempt 26 hours worth of activity in a 24 hour day. But sometimes the body wants to give before the mind. In walks our friend speed.

Prescription stimulants seem so much friendlier- or so we convince ourselves. Problems with Adderall and Ritalin abuse are often justified because they’re safer than their relatives: cocaine, crack, and methamphetamines. Plus they seem so much less menacing because they come in a cute tiny pill form that begins with a convivial little signature from the local neighborhood doc.

What’s to worry about if this medical professional has given the solid “okay”? People talk about what Adderall or Ritalin abuse has the potential to do, but even the surgeon general made his statement about cigarettes nearly 60 years ago and it’s barely the majority. The focus here is that there are so many widely acceptable chemicals that alcoholic thinking will use for your destruction. How can something so seemingly unthreatening have one of the largest impacts on your addiction if you let it?

Ritalin is a stimulant that is typically prescribed for mild forms of ADD or ADHD– Attention Deficit (Hyperactive) Disorder. This is a case where doctors prescribe an individual said pill because they have an exceptionally difficult time focusing on any matters at hand as the mind skips about in “La La Land”. In today’s day of age, it seems that everybody has trouble focusing, but of course, that doesn’t stop medical professionals from making it rain with prescription pads. $20 bills just don’t cut it sometimes.

Ritalin abuse starts off very prematurely for many. A typical scenario for many: The child in question starts exhibiting these “bouncing off the walls” traits at a young age and the parents want him/her to be “normal”- so they pop them on the medication. Being introduced to such underestimated chemicals as a youth will only start as Ritalin abuse unbeknownst to the family but later on become a powerful catalyst for alcoholic thinking and feeding the monster inside.

Getting hooked on any conglomeration of substances will ultimately lead to one’s downfall, however, the path taken to Ritalin abuse is masked because the drug itself is socially acceptable. Do not be fooled though. Just like other uppers- this concoction of chemicals will dominate your life. Those who find themselves cuffed to Ritalin abuse will experience symptoms of

Of course, those are just the short term effects that don’t even compare to the detrimental state that Ritalin abuse will lead to in the long run. Those are just the icing on the cake before seizures, heavy weight loss, mania induced mood changes, and suicidal thoughts begin to take the reigns. Don’t Side with Your Captor

Ritalin abuse will increase productivity while raising dopamine levels and taking away some of that stress that’s been weighing you down. Life is easier when you can focus a little more. What’s not to like about that? Well just like any combination of narcotics, there comes a toll that Ritalin abuse cannot afford. Prolonged usage of anything will create a demand. With the rising tolerance comes physical and mental obsession- and then it’s off to the races as independence becomes a thing of the past. Addiction and alcoholism then pick up the pieces of pieces of life crumbling all around, leaving the person with only the tiniest inkling of what went wrong and why.

Addiction and alcoholism will find their prevalence in anybody and Ritalin abuse is no exception. College students or those working ridiculously long work shifts make up a significant population of those dealing with Ritalin Abuse. There is trouble attached to it without question, but typically it is not a party drug. Those sucked into the game of Ritalin abuse are often in a different mindset than that of somebody with full blown addiction to drugs on the street.

To Feel or Not to Feel

Most don’t realize that addiction/alcoholism have no bounds. The obsession can display itself at any time in anybody with the right combination of genetics and persuasive external sources. Now, of course, everybody is going to have a different reaction to it based on factors such as length of usage, their age, or even their height and weight. So for some, the side effects or withdrawals may be more physically agonizing than mentally for others.

There will be sets of hot flashes on and off all day long while coupled with chills. Cold sweats, disorientation, and irritability will embody the person in between doses. There may or may not be some nausea for some. For most, their skin will feel really sensitive and bothersome, and this will last anywhere from a couple days to a couple weeks. That’s just sugar coating it too. The withdrawals are one thing, but some damages cannot be undone. I think it’s clear that Ritalin abuse creates a horror story with the hidden message that it’s not for human consumption.

Trying to constantly stay ahead in life can drag us behind quickly. Life is going hit hard and it’s about keeping up with a perseverance that promotes your well being- not one that just makes things easier. Ironically that easiness can lead to a harder life. If you or a loved one has been struggling with getting a firm grasp on sobriety and are considering a private rehab in Ohio, please call 1-800-481-8457. Our teams of specialists are waiting by to help figure out what options are best for sending your life in a comfortable direction that you can proudly stand behind.