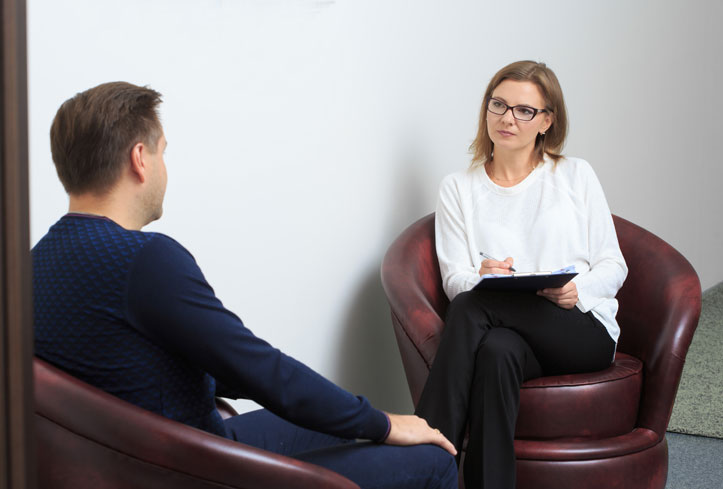 In a state that sees the second-most opioid deaths per capita – how do you make a dent? There have been numerous programs and rules floated around Ohio over the last couple years and while several new strategies have been successfully implemented, there’s still plenty of debate on the best ways to fix the crisis. That’s the case with a proposed rule that would change how doctors treat opioid addiction using buprenorphine, more popularly known as its brand name Suboxone.

Currently, the state requires any patients receiving a Suboxone prescription to enroll in drug counseling, but the proposed rules would dictate what type of drug counseling the patient can receive or altogether cancel requirements for counseling during medication-assisted treatment (MAT.) Doctors have come out early against the proposals stating that it isn’t the state’s responsibility to decide who receives counseling and requirements could have a chilling effect on addicts who would normally seek MAT but may be turned off by required counseling.

“There are a lot of barriers that we’re putting in the face of treatment,” said Dr. Jeanette Moleski, an addiction and family medicine doctor near Cleveland. In a statement to the panel, Moleski wrote: “What I am afraid more rules will do is keep good physicians and other providers from even considering treating people with addiction.”

Moleski points to the example of Type 2 diabetics when referring to counseling. Diabetics can get much healthier with a simple diet, exercise, and health counseling, but doctors won’t take away a diabetic’s prescriptions if they don’t participate in extra treatment. Moleski believes doctors likewise shouldn’t have their ability to prescribe Suboxone taken away even if the patient doesn’t plan on follow-up.

Other professionals in the recovery community believe prescribing treatments like Suboxone without treating the addict’s other issues will only lead to short bursts of recovery followed by relapse. However, the Ohio Society of Addiction Medicine has come out against the new changes. The Society points to Treatment Improvement Protocol 63 from the 2018 Substance Abuse and Health Services Administration which states, “Four randomized trials found no extra benefit to adding adjunctive counseling to well-conducted medical management visits delivered by the buprenorphine prescriber.” Gregory Boehm of the society took it one step further with a terse statement – “Counseling does not improve outcomes.”

In a twist the same report that Boehm cited points to benefits of counseling stating, “Counseling helps people with (opioid use disorder) and other substance use disorders change how they think, cope, react, and acquire the skills and confidence necessary for recovery.”

Assistant Clinical Supervisor at Woodhaven Residential Treatment Center in Dayton believes patients need counseling for effective treatment but recognizes Suboxone can help people stay away from more deadly opioids until they’re ready for further treatment. “Does it work for people to not kill them? Absolutely,” said Zink, “Does it change them? I don’t know.” What’s the Problem with No Counseling?

If some treatment professionals and doctors don’t believe counseling is necessary, why are others so insistent on the requirement?

Some evidence points to counseling having no real benefits, but many believe it’s is critical to help fix long-term and other decision-making skills to help addicts stay sober for life. Proponents of the bill argue that addiction is not as simple as getting the user off drugs. Counselors don’t only treat the immediate symptoms of addiction but how to cope with life stresses, how to rewire the way they think, how to deal with impulse control, and relapse prevention.

Others believe the counseling requirement is necessary to help stem the flow of prescription opioids on Ohio streets and that Suboxone prescriptions could be hurting, not helping the crisis. Cornerstone Treatment partner Mike Ward has heard several stories of addicts going to a doctor’s office for Suboxone prescriptions, only to sell those pills on the streets for a profit. Ward argues that a 90-day supply of the drug which costs approximately $200 from a doctor can sell on the streets for upwards of $2,000. Necessary counseling would help put a stem on the doctor-to-street drug trade.

Ohio’s State Medical Board have made several edits to the proposed rules but currently, the counseling requirement is still there. The changes have been submitted to Ohio’s Joint committee on Agency Rule Review for review. A significant change made by the Board is recommending both 12-step meetings and other recovery programs to patients who refuse counseling. Previous language had only made recommendations to 12 step meetings which recovery professionals pointed out are faith-based programs and may violate patient’s first amendment rights.

For many in the treatment community, there shouldn’t be any blanket rules or requirements regarding treatment period as every case is different. “We have people that will do very well without the counseling,” Moleski said. “There are people that absolutely have to go to counseling … I really wish this could be more individualized.”

Despite the bickering over counseling and MAT there are several other recent policies and programs across Ohio that are showing positive results. 2019 has just started but overdoses and deaths unrelated to fentanyl and carfentanil have been falling for several months after continuously rising since the early 2000s. Ohio is taking a multi-probed approach which includes educating everyone from medical doctors to first responders on what they should do when encountering an opioid overdose. The State has also set up a system to keep people from falling through the cracks when leaving the hospital or jail for opioid-related reasons. Ohio health and safety officials will continue to work towards falling numbers.

The Agency will issue its ruling on current and proposed rules regarding MAT and counseling changes in a few days.

Previous: What to Expect in Holistic Therapy
Next: What to Look for in a Quality Alcohol Rehab