The Buckeye State has been one of the hardest hit areas of the nationwide opioid crisis. Despite early 2018 numbers showing a decrease in overall opioid-related deaths Ohio still ranked second in opioid deaths per capita in 2017 according to the U.S. Centers for Disease Control and Prevention (CDC.) The final number of 2018 deaths are expected to drop for Ohio as it drops across the nation but as of last year, the state ranks second to West Virginia as the most affected state.

How bad? Ohio tallied 4,293 opioid-related deaths for 2017, a 19% increase from 2016. Though opioid-related deaths are slowly falling in the Buckeye State, the addition of synthetic and powerful opioids like fentanyl and carfentanil have caused a new problem in accidental overdoses. Synthetic opioids are a hundred more times more powerful than morphine or heroin and many users aren’t aware the substance is in their supply until their lips are turning blue.

Synthetic opioid overdoses led to nearly half of all opioid-related overdoses in 2016 at 2,296. In 2017 that number spiked 50% to 3,523. Those numbers give Ohio an opioid-death per capita of 32.4 deaths per 100,000 Ohioans, just behind West Virginia’s rate of 37.4 deaths per capita in 2017. The numbers have grown as the proliferation of more powerful substances has spread. In 2017 71% of opioid-related deaths were linked to fentanyl or other powerful synthetic drugs. In 2014 that number was only 20%. Ohio health officials know the epidemic will change as the drugs and users change but the latest spike is worrisome. “This epidemic has evolved several times certainly over the last 20 years, but again over the last eight years,” said Mark Hurst, director of the Ohio Department of Mental Health and Addiction Services. Hurst helps oversee many of the new federal and local programs across Ohio that are looking to bring numbers down.

Overall opioid deaths and incidents including overdose related to prescription opioids like oxycontin have fallen across the nation and in Ohio. Health officials believe stopping users from getting hooked in the first place is the best method of harm reduction. “This progress is significant because prescription opioid abuse can be a gateway to use of illicit drugs like heroin and fentanyl,” said Russ Kennedy, a spokesman for the Ohio Department of Health. 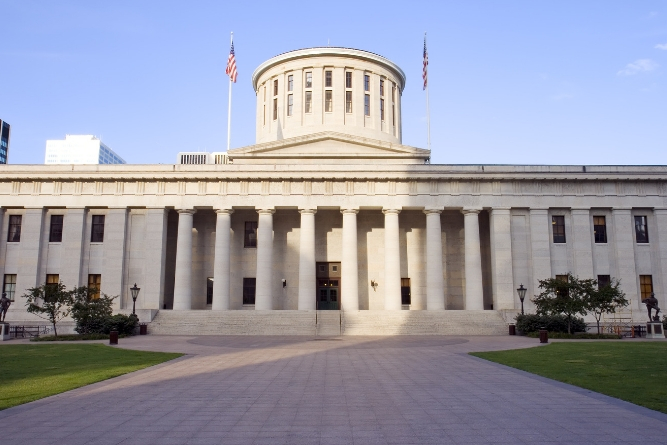 Steps In the Buckeye State

The latest officials are chilling, but it’s not all bad news for Ohio. Early evidence suggests that the countless efforts of local, state, and federal officials are making a dent in the number of opioid-related deaths and officials can confirm overall non-synthetic related opioid deaths dropped in 2018. Despite the negative overall 2017 numbers, the number of heroin-related deaths dropped 32% – a four year low for the state and the biggest decrease for any state in 2017.

Early numbers for 2018 show a 39% drop in unintentional opioid overdoses for the first five months of the year though toxicology reports and other data confirmation will not be available for several more months.

Ohio officials credit several programs and new methods that have created a comprehensive approach to the epidemic including starting as soon as they can to turn an addict’s life around. Rather than wait for a user to get to prison for an opioid-related crime or the hospital for an overdose, health officials and community workers are hitting the streets. Police officers in the Dayton area are required to carry the overdose-reversing Narcan while first responders across Ohio are developing links with hospitals and treatment centers to get addicts directly from the hospital to treatment centers instead of dumping them back on streets.

Steps on the Federal Level

Many of the new anti-opioid programs across the country have been funded and aided with the help of The Department of Health and Human Services State-targeted opioid response (STOR) program. The STOR program issues directly from the 21st Century Care Act which set aside $1 billion in federal money to combat the opioid crisis on a local level.

The culmination of federal, state, and local outreach and funding is hoping to stem the tide of ongoing death and crime. The current crisis is still too grim to claim success, but progress is moving in the right directions. Even if the numbers are decreasing, health officials won’t stop until the epidemic is under control and no family must suffer the heartache it brings. The 1,451 people we’ve lost to addiction so far this year are 1,451 people too many,” said Hurst.

If you or a loved one is addicted to opioids they need to reach out before they become another number in the CDC’s statistics. The silver lining of the opioid epidemic is the creation of high-quality drug and alcohol treatment centers across Ohio and the country. Spend some time online or pick up the phone to see how a licensed detox or treatment facility can help get you off opioids for good today.