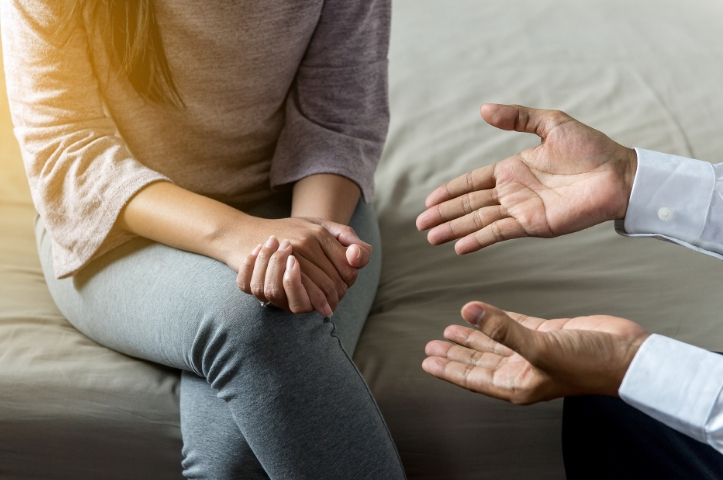 Signs Of A Crack Addiction

Most people don’t think they will ever struggle with addiction, especially not a crack addiction. Addiction, in general, isn’t really at the top of people’s “When I grow up I want to be a…” list, however, over the last few decades, addiction rates have been continuing to rise, and stimulant use continues to rise with it.

Cocaine is a commonly used party drug, but what happens when a cocaine addiction turns into a crack addiction? What are some common signs to look out for? When is it time to get help?

Every addict is different, but many of the people who I have talked to or heard stories from in the rooms of 12 step fellowships share that they first started experimenting with cocaine either in high school or college. The stories are usually along the same lines; it was brought to them by a friend or a friend of a friend, and it was usually a helpful little tool in helping to keep them sober up so they could drink more.

Some people don’t really mess with it much more than that, but others, like myself, discover a real obsession for cocaine. It is only once someone comes along to tell them that it is much more potent when smoked, that the beginnings of crack addiction are formed.

When a person begins to spiral from a recreational cocaine user into a crack addict, the mental obsession has most likely already taken full effect. If you are concerned that you or your loved one might be struggling with a crack addiction, here are some warning signs to watch out for.

Cocaine is not a cheap drug. Crack is considered a little cheaper, but for crack addicts, it can become expensive very quickly. When I was addicted to crack, I was working as a waitress in a busy cosmopolitan area. I would make at least $200-300 per shift, and by the time that I was getting ready for work the next day, I had spent all of my earnings on crack and a bottle of booze.

Not everyone smokes in these amounts, but many people who use crack also use other drugs to help them come down.

Since Cocaine is a stimulant, people who are crack addicts often live in a state of anxiety of alertness. This is where other, sedative drugs come into play. Many people will use these sedatives as a way to either come down to get some sleep or just to take the edge off of the paranoia and anxiety. Some of these other drugs can include:

The dangerous thing about mixing these drugs, is that the amount of cocaine ingested is still the same, regardless of how relaxed they may feel. When a person covers their high with other drugs, they can experience compounding effects from both drugs (most likely their goal) but this is actually the fastest way to achieve overdose levels. Since each drug will likely mask the physiological effects of the other, people may be unaware of how much they actually have in their system, leading to heart, lung and brain failure.

Again, Cocaine is a stimulant, and if there one thing that can identify a crack addict, it is the wild alterations to a normal sleeping schedule. People will often stay up for days on end if they are in the depths of a heavy crack binge, and if they don’t have anything to come down, they will sink deeper into the sleep deprived, anxiety-ridden psychosis that is crack addiction.

As was previously mentioned, a crack addicts’ mental processes will change dramatically from the time before use to the time of addiction. People who were once generally level headed and rational will turn into someone who is riddled with anxiety, paranoia, agitation, possible aggression, and desperation. These mental states are often fueled by the sleep deprivation but are also affected by the endless need of “more” that comes with crack addiction.

Many people who struggle with crack addiction eventually end up in that place of desperation for “more” which leads them into heartbreaking acts. We have all seen the typical depiction of a crack addict living on the streets, selling themselves for money. People also take up thievery, fraudulent checks, and selling the drug in order to continue being able to afford it.

Unfortunately, many detox facilities are unwilling to take in people who solely have cocaine in their system. This can make it difficult for a crack addict to get the help they need. From my own experience, I was rejected from detox for crack use but then accepted at a later date once I had alcohol and benzos in my system, as these drugs are potentially fatal to detox from whereas cocaine is not.

Crack addicts suffer from more of a mental addiction, rather than the physical one that comes from heroin or alcohol, but that doesn’t make it any less challenging to quit. Since crack addicts become so completely obsessed with the ritual, the process, and the high that comes from crack, it can be really difficult in the first few weeks to not relapse. However, recovery for a crack addict is possible, and living a life in circles does not have to be the end.

Explore More Articles
Previous: Ohio Drug Court Cuts New Felonies in Half
Next: Can Medical Marijuana Help Ohio’s Opioid Crisis?
Related Posts
Can You Develop an Ecstasy Addiction? Why Do College Students Abuse Adderall? Is Robitussin Addictive? Suboxone vs. Methadone: What Are the Differences? The Dangers of Fentanyl Signs Someone Needs an Addiction Intervention

Before an employee arrives to the building, they must complete the online COVID questionnaire. If an employee answers yes to 3 or more questions they must contact the DON immediately and await further instruction.

Upon arrival for their shift, all staff must enter through the main entrance and immediately sanitize hands, and are checked for temperature. Temperature checks are logged into the sign-in sheet. Any employee with a temperature or is showing signs of illness will be sent home.

All staff are required to wear a mask at all times except when actively eating while on break. Employee breaks are limited to designated areas. Employees are required to disinfect any surfaces touched in the breakroom area.

Until further notice, no outside visitors will be allowed entry into the building unless an exception is made by the Executive Director.

Prior to entering the building, all new admission are tested for COVID-19 using the CareStart rapid test. All new patients will enter through the front entrance, must immediately sanitize hands, and have their temperature taken.

Every new admission goes through a COVID-19 pre-screening and will be tested upon admission. No patients are permitted to enter the main unit without a negative test result.

Employees are mandated to wear PPE while intaking a new admission. This includes gloves & a mask.

Until further notice, patients will not be permitted to leave the building for non-essential activities.

Patients and staff are to maintain a distance of 6ft at all possible times. When possible, group room chairs are placed 6ft apart. Group facilitators are to conduct groups from a minimum of 6ft distance and masks are to be worn.

Individual counseling sessions are to occur with a 6ft distance and masks are to be worn.

Housekeeping has increased procedures for wiping down commonly used surfaces with disinfectant, this will occur steadily throughout the day.

Vehicles have been supplied with Lysol, gloves, and sanitizing wipes to be used before and after vehicle entry.

Hand sanitizing stations are posted throughout the facility.

CDC publications on reducing the spread of germs and proper handwashing guidelines are posted throughout the facility.

Call with any further questions about our Covid procedures