Ohio County Forced to Use Cold Storage Trailers as Morgues Death lurks around every corner for us mortal living souls. He travels to and fro watching us, following us, even stalking us at moments when we least expect. Death can catch you off guard in your sleep or in an unsuspecting accident of sorts. You may pass away of natural causes at a ripe banana of an old age, or your candle may burn out way sooner than it was meant to- as so many of our wax marvels in this life do. There is a destiny and a laid out plan ahead, but how many times can we step left or right and steer that destiny in a desired direction? The idea is to make the right choices and keep that flame burning brightly for as long as possible. Addiction makes this impossible for some.

Addiction, along with the Spanish flu and bubonic plague, all share one thing particular in common. They are responsible for the premature deaths of millions and millions collectively over the course of time. The only difference being is that you only see the latter of the three today and it alone is making up for the absence of the other two. In the last few recent years, addiction and alcoholism have decided to work overtime as an opiate epidemic has grown into catastrophic proportions. Seriously. Heroin and death are two words that should be synonymous with each other these days. Across the United States, countless beings are falling victim to such fatal temptations and the numbers are adding up. Addiction related deaths are off the charts in the last few years and Ohio sits on a throne at the top.

Those are real people just dropping left and right. Real like you reading this or even me typing it. Real breathing, heart beating, previously living people. People that had potential in life and actually meant the world to others. It hurts to watch so many come and go and plenty of close loved ones follow suit in such misfortune. There are too many to keep track of. There’s literally so many people overdosing and dying at this tremendous rate, that morgue(s) are actually running out of room to put the bodies of the diseased before means for a final resting spot can be coordinated. It’s of the most absurd caliber. 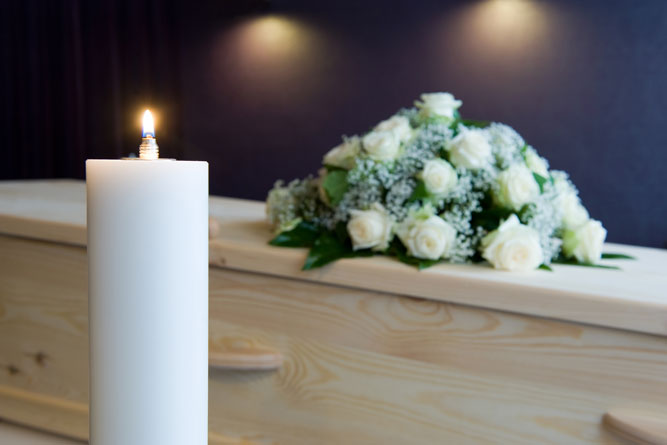 So when a county morgue in Stark County began running out of space with bodies continually collecting up, the executive decision to use a cold storage trailer as “body overflow” was made. Rick Walters, a coroner at the Stark County Morgue was literally running out of space when he called the Ohio Emergency Management Agency and had the cold storage trailer delivered to the location. This right here is just a small testament to the debilitating epidemic that is sweeping the nation.

Plans are being put into action, but there is really only so much that can be done to battle such dilemmas. Opiates are so easy to obtain these days and it’s impossible to rid them from the streets entirely. Heroin, already being an illegal substance, floods the entire nation and has Ohio slowly drowning in it. Then you take a look at painkillers and wonder why even bother. They are everywhere from grandma’s medicine cabinet to the urgent care down the street for a “sprained ankle.”

Addiction is addiction no matter how you view it, but the main perpetrator is primarily heroin at the moment. Batches of heroin cut with a narcotic called Carfentanil have widespread across the nation and made its way into the vices of many major cities. Carfentanil is also known to be an elephant tranquilizer….so yeah there’s that. Go figure. It’s an elephant tranquilizer meant to take down a full grown elephant with a small dose and is reportedly at least 1,000 times stronger than morphine. This has become like playing Russian roulette with 5 of the 6 chambers in your revolver being loaded.

When there are no other options and all the free space has been used, you, of course, have to do what you have to do. However, I feel there is so much insensitivity behind something like this that we might as well be dragging about a cart in the streets and shouting “bring out your dead.” Yes, it’s a different concept, but it still applies the same principle where the bodies of the diseased aren’t being treated with all the respect they should be getting necessarily. It also refers back to the previous comment about the Black Death and how the disease of addiction is spreading and killing just like a certain plague did once upon a time. There’s too many to process as the revolving door never stops spinning. With everybody becoming zombified and others passing away, the future for the people of Ohio and addicts all around looks bleak. We have an epidemic on our hands and something needs to change.

Addiction will suck the life out of you until there is literally none left. The cold storage trailers are a shocker, but they really speak out for how serious this epidemic is and how quickly opiate dependency amongst other addictions is ending lives all around us. We all think at some point we have it beat but then continue to live in the misery teetering on the edge of life and death that heroin addiction and alcoholic thinking take us through. If you or a loved one is ready to choose life and put the torment behind, please call1-800-481-8457 or visit oarcstaging.wpengine.com. We have a trained team of specialists waiting to gladly take your call and discuss the options available to create the happiest of futures ahead.

Previous: People, Places and Things
Next: The Rate of Drug Addicted Babies in Ohio is on the Rise