Right now at this very moment, there is an opioid epidemic on hand that is ravishing the country. Bodies are piling up in states like Ohio, Kansas, Florida- and it’s safe to say that the “War on Drugs” isn’t doing too well. We’ve hit a wall as far as prescription opiates and pharmaceuticals go. On one hand, the United States government is spending millions of dollars to eliminate the flow of drugs onto our streets. At the same time, we are doing business with the very same companies that are flooding our streets with this plague.

With the country being in such opioid fueled crisis, you would think that everybody would be on the same page with getting over this chemically laden hump in the road. Unfortunately, this is not the case in accordance with Richard K. Jones- the sheriff of Butler County, Ohio. Death in this capacity is seemingly something that doesn’t even phase the Ohio-based law enforcement officer. Although cynical sadly his point of view makes a little sense- even to a fellow addict.

Happiness is a Warm Gun

The thing to really come to terms with is that addiction and alcoholic thinking aren’t going anywhere. This is a disease going perfectly in hand with companies advocating for such chemical usage because of financial prospects on the radar. With money sadly being the sole proprietor for making the world spin around, it really seems that the United States has gotten itself caught up in the perfect storm. We the addicts of America are Mark Wahlberg in this scenario.

Sheriff Jones’ stance on the topic is that of “I’m not the one that decides if people live or die. They decide that when they stick that needle in their arm.”

This is a very harsh statement lacking sympathy severely. At the same time, it’s always pertinent to mind both sides of the coin to understand where all parties are coming from in their manner of thinking.

At first, you would think this man shouldn’t be in the business of protecting and saving lives with an outlook like such. He seems uneducated in the nature of alcoholism and forms of abuse it takes shape in. Those who are normal don’t necessarily understand how malleable alcoholic thinking can really be. You would think he could have some compassion in the idea of people dying left and right and truly see this mental disorder for what it is and how it can’t be gotten rid of- only masked with proper help.

Then there’s the law enforcement side of things. The Butler County Sheriff is also a man who’s been protecting the southwest corner of Ohio for quite some time and has seen the increase of opioid abuse throughout that decade plus and the insanity of things that he has seen. His general belief is that of stricter punishment because Narcan essentially condones the behaviors of many addicts. According to Jones, the miracle reviving drug known as Naloxone and brand named Narcan is not doing anything to prevent the epidemic but just cover its tracks. The tales of addiction he’s observed and the ever rising statistics of opioid-induced death would jade most anybody though. One of his stories includes having him and his deputies witness a son get bailed out of jail by his mother to catch both of them shooting up heroin in the parking lot together. 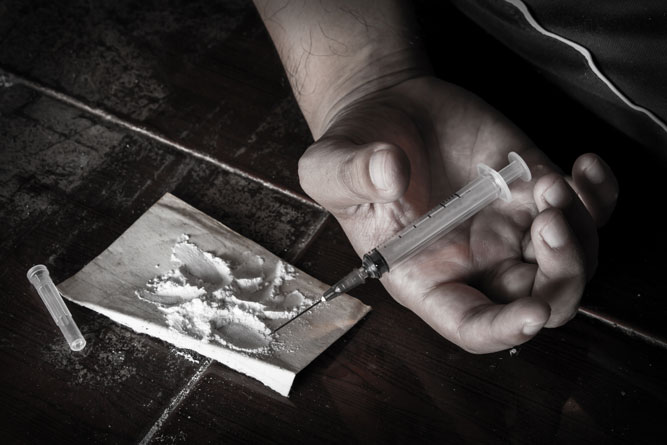 As mentioned previously, this is not something strictly going on in Ohio- but the Appalachian Mountain State is at the top of the list of those suffering most from this opioid contagion. In 2015, 33,000 people died of opioid-related causes across the nation- the most to ever happen in recorded medical history. The spike in opioid-related deaths for Ohio has jumped from 296 in 2003 to 2,590 in 2015. This is something of absurd utter and mass proportions that needs to be stopped in its tracks immediately- but how?

Fortunately for addicts all around, not that this needs to continue in any shape or form, but all the other Ohioans are safe with the surrounding counties making it requirement for their officers to carry the life resurrecting nasal spray and keep it as common an item as handcuffs. The epidemic isn’t slowing down anytime soon- so it needs to be “attacked on all fronts” exclaimed Daniel Raymond- the deputy director of the Harm Reduction Coalition. Raymond has gone on to defend addicts across the country from Jones’ statements, but he has also taken the humble approach recognizing the frustrations of the criminal justice system repeatedly getting such life-threatening calls and dealings but never seeing any change or end in sight.

The reality of the matter is that something of this proportion has taken years upon years to get this bad- and it will take years upon years before anything gets any better. This is truly the walking out of the forest analogy that will have facts laid out but conflicting opinions about the experiences underwent and the approach needed. Addiction services in America has taken a few leaps forward, but there is still so many statistics and elements of addiction to be understood as time looms forward.

The approach of Sheriff Jones isn’t that out of hatred but frustration. At the same time, strict punishment and prevention won’t always reinforce positive behaviorisms in an addict. Looking for opportunity for treatment or fellowship is really the best band-aid we can find for the time being. We are at a standstill with this opioid crisis that will still get worse before it gets any better.

Ignore the opinions and frustrations because the facts are concrete. Alcoholic thinking will ruin your life if you’re unlucky enough. Fight for your right to live and prevent yourself from winding up on the overdose count for 2017. If you or a loved one has been struggling with getting a firm grasp on sobriety or alcoholic tendencies and need a solution, please call 1-800-481-8457 or visit oarcstaging.wpengine.com. Our teams of specialists are waiting by to help figure out what options are best for sending your life is a comfortable direction that you can proudly stand behind.

Previous: Women in Appalachian Ohio Have Higher Rates of Alcoholic Abuse
Next: How Ritalin Abuse Damages Your Body